I thought we had the best photograph of Pluto until we got better: NASA released this photograph of Pluto’s disc on Thursday. Giddy me then spent an hour of my afternoon cooing over surface features. The full-sized version is a 68 MB, 8000 x 8000 pixel PNG version packed with glorious detail. 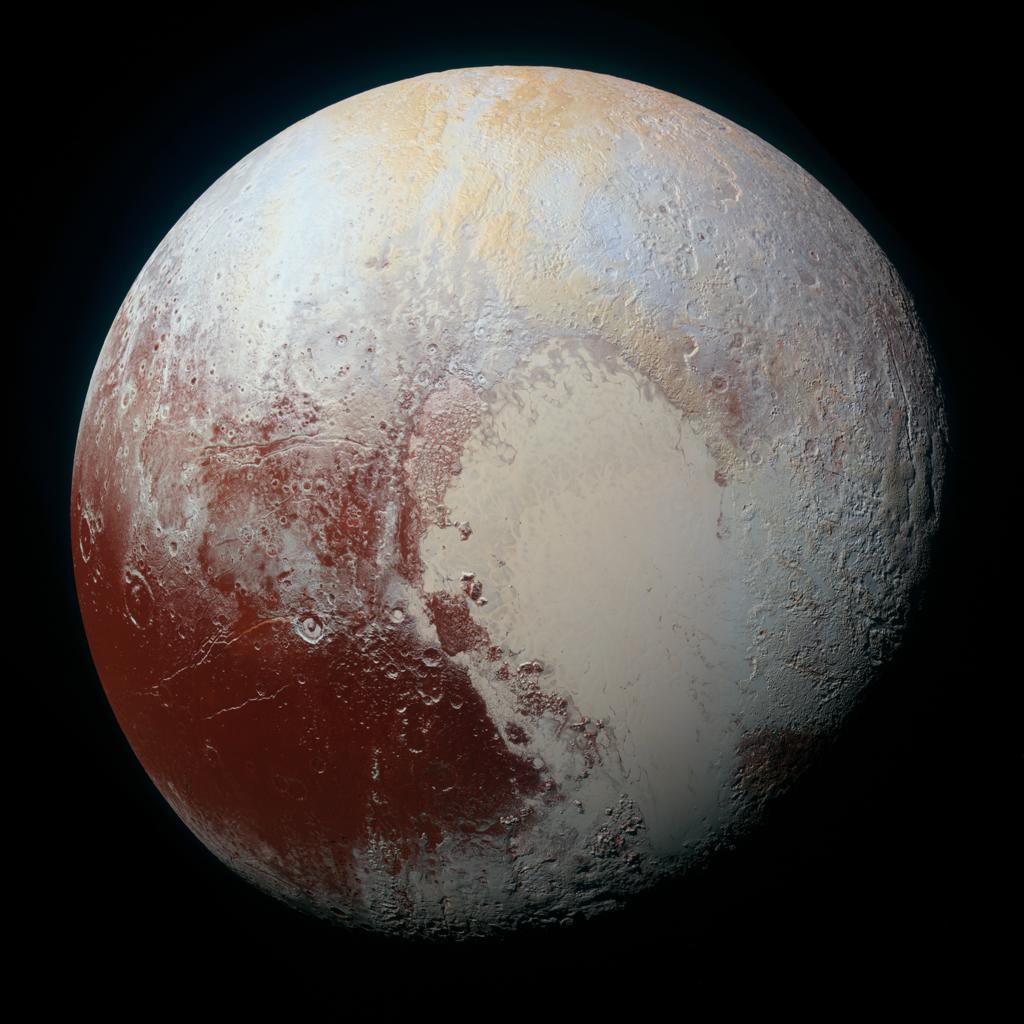 So what’s my interest in Pluto? Unless there is an undiscovered Planet X (there isn’t) way out in the Oort Cloud, the Kuiper Belt is the end of the line for big rocky bodies. On the science side, Pluto is a gatekeeper of sorts. It’s a representative body for the rest of the Kuiper Belt’s dwarf planets; from Pluto you can begin to ken what Eris, Haumea, Makemake and even Sedna might be like up close.

Pluto is representative, and it is dynamic; Pluto is active, with glaciers, weather, and signs of surface-changing features in the recent past. Earth has one kind of liquid cycle: water exists in liquid, solid and gaseous forms; Titan has a similar cycle with methane at -180°C; and there’s a possibility that Pluto has this with compounds like freon at -223 °C.

Fictional Pluto is a poster child for exotic and faraway places, a polite note that reads “here be dragons” on all of our maps of the solar system. Pluto is Yuggoth in the Cthulhu Mythos, host to a colony of fungoid Mi-Go.