I did a better job. I snagged some shots of the sun from NASA’s Solar Dynamics Observatory AIA image browser and used it to represent VY Canis Majoris.

I kept the mask from here, although I dropped the opacity a touch to let the sun show through. I added an external stroke to define VY Canis Majoris, and likewise made the sun sixteen whole pixels in size instead of one (I mean, the hypergiant is so fucking big that Sol just doesn’t show up at the same scale, period).

The biggest change in size: This is now full-blown-ready-to-print-A3.

Both versions have a lot going for them in my mind: I like the simplicity of the clean circles in the first version, and the punch of the question in the second. 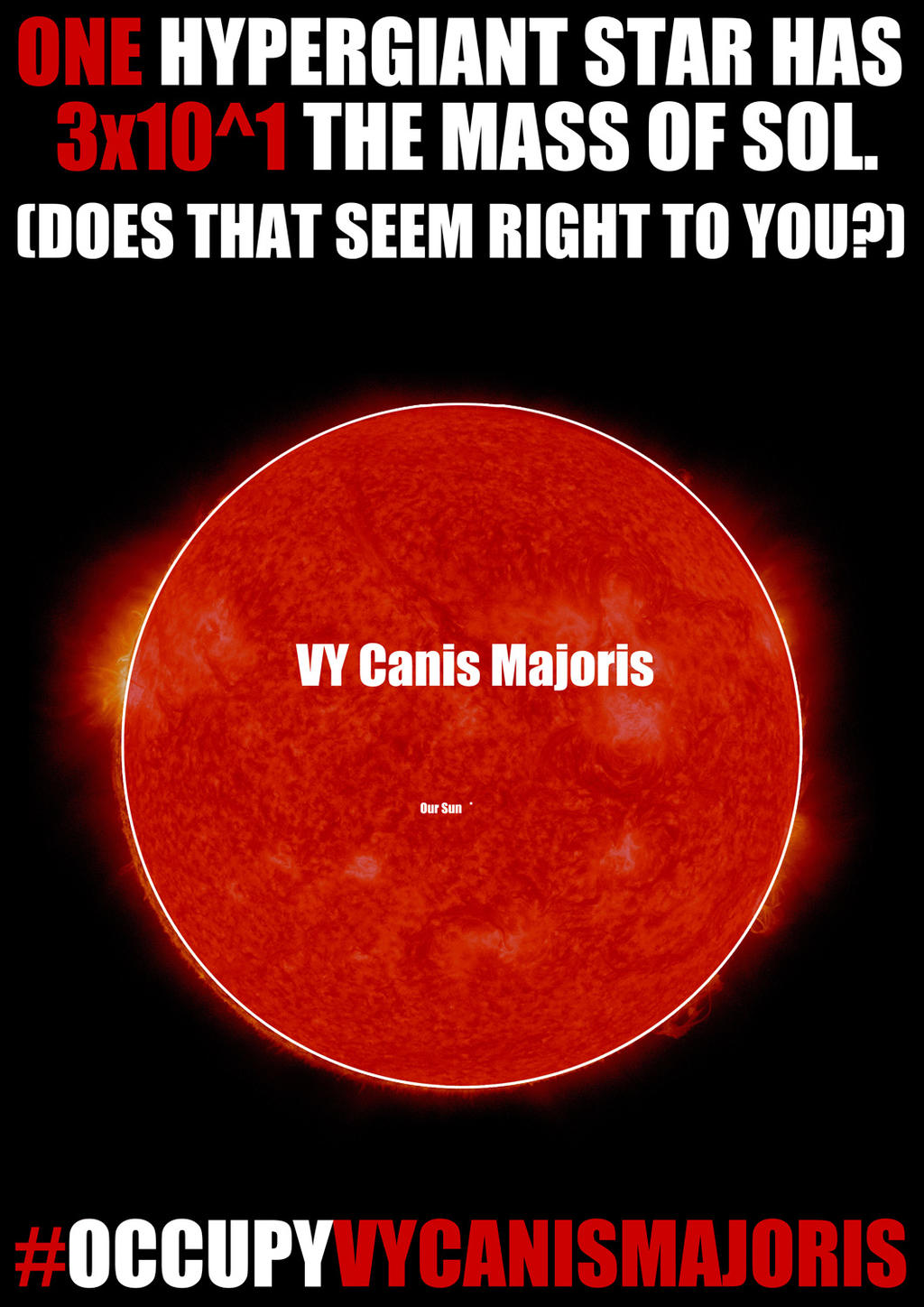