Author’s note: I went from 3.0 to 4.0 last night making tweaks to the scene before I scrapped it all and jumped to 5.0.

Let’s compare Eurostile to Impact, the so-called [[Tautology_(rhetoric|tautological]] font. Impact has…impact. Impact impacts you. Impact is the triumphant height of literal self-description. I impact you. I impact you. What Impact lacks thought is class. Fuck, we put use Impact to caption lolcats. Impact lacks style. Some would say…stile.

I dusted off Eurostile last night, as I found myself still tinkering with this poster. I wanted to change up the appearance of the scene to something closer to the below image: 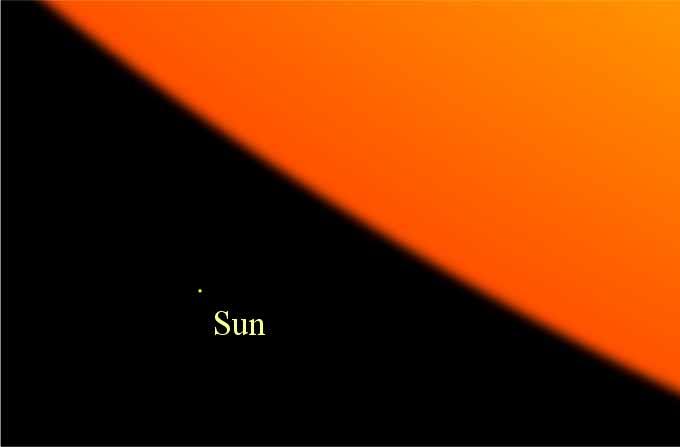 What I also inspired me to change up the poster was the shot from A New Hope of Yavin IV peeking around the limb of the gas giant Yavin:

I wanted to show VY in the act of consuming the sun. Devouring it whole like some corporate predator would in the real world. If nothing else, I wanted to scale the scene up a bit so you could actually see the fucking sun. The scale between the yellow dwarf and the hypergiant is just astounding. I… 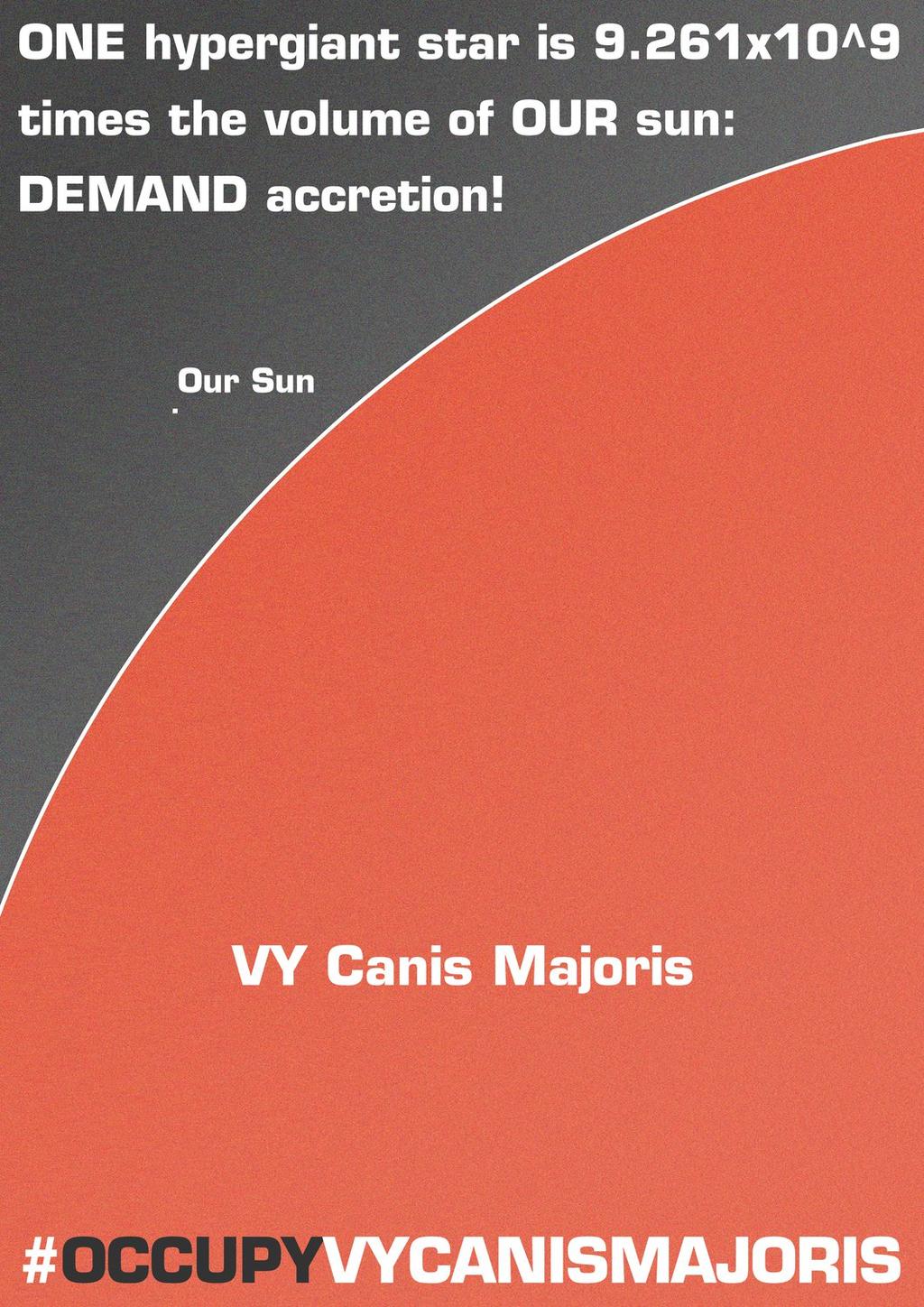